In work for the Domain of One’s Own project this past weekend, I’ve read chapters 6-8 of Martin Weller’s The Digital Scholar while also thinking about recent conversations. These have run a gamut of issues related to openness vs. pressures of the P&T and publication climb for academics as well as differences in opportunity (or freedom) determined by one’s location in the machine, e.g., junior vs. tenured faculty (and, importantly, contingent faculty), SLAC vs. R-1 institutions, research field and resources.

Andrea Smith’s recent post provides a very good sense of the concerns that may be raised in regard to sharing work openly online. For myself, as a scholar of Chinese history with research sources that are often a very good distance away (in terms of time, money, travel, and, figuratively speaking, language and, yes, bureaucracy) these issues have resonated.

The next question, though, is what question is next. And getting to that question also seems important. Andrea frames an answer nicely:

A digital approach won’t be a panacea. Instead, it will be adopted by fields at their own pace and for their own uses. I, for one, don’t think that’s a negative at all. On the contrary, this is quite empowering: in my field, at least, I could encourage new models for research that fit our goals and ideals. It’s still the digital wild west, and that means we can be pioneers instead of just followers.

And her invocation of the wild west rings a bell for me.  It promotes flashbacks, actually, to past conversations about method, theory, and navigation.

One flashback is to the inevitable conversations in graduate school (at least in the humanities or social sciences) about a life beyond Theory—not life without theory, I should note, but analysis that’s not enslaved by a monolithic Critique, as it were.  This may have been a classic crisis moment in the grad school process, of course. Or, more precisely, the desire of a China-specialist to see her non-Western region of specialty complicating the supposedly universal Western models. In any case, I recall reading with great joy Michael Taussig’s invocation,

With good reason postmodernism has relentlessly instructed us that reality is artifice yet, so it seems to me, not enough surprise has been expressed as to how we get on with living, pretending—thanks to mimetic faculty—that we live facts, not fictions. [Taussig 1993: xv]

Leaving the implications of Taussig’s own discussion of mimesis to another day (and about eight liters of espresso), I do recall the freedom that Taussig invoked with a call to move beyond the “meta-commentary” and instead jump into “making-anew” (xvii). [1. Many thanks to Dorothy Ko for assigning Taussig’s work… I still miss those seminars.] The most creative work in digital humanities, whether pedagogy or research (or both) is doing exactly that right now. 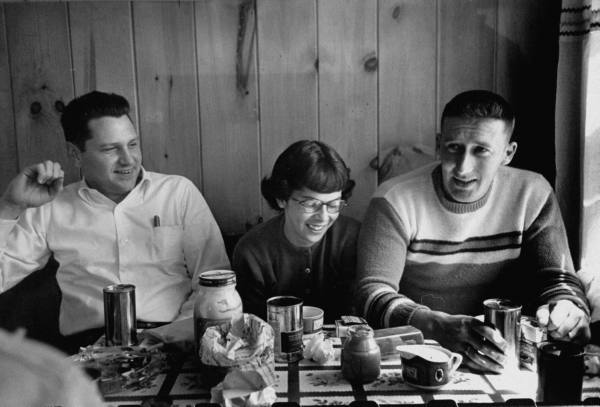 The other flashback that occurred brings me to conversations with a crowd I haven’t seen since my doctoral days at UC San Diego. This was an informal working group that brought together grad students from Sociology, Communication, Cognitive Science, and History. [2. And much appreciation to Chandra Mukerji, for founding and hosting the group.] There was no prep for the weekly meetings, just a page, perhaps two, on a work in progress that’d be distributed at the meeting by one of the group. Or they might introduce a problem in their work verbally. Feedback was instant and thought-in-process. The range of perspectives and critical feedback was invigorating. And the task of having to explain one’s work—in my case, in late Qing dynasty Chinese history—to a group entirely outside one’s own field of expertise was a perfect exercise for a grad student in speaking to a broader audience. [3. And also listening to that same audience…]

Which brings me back to Weller’s own survey of the potential of the digital realm to encourage interdisciplinarity. He cites Wang Shaohui and Ma Lihua (2008) in a listing of three characteristics of “blog culture”:

2. Nonlinearity and concentricity — through linking, embedding, within blogs and then aggregation of blogs, there is a nonlinear construction of knowledge

3. Criticalness and multivariate collision — [arising] from a personal, subjective standpoint that attracts varied comments and views.

These were much the same strengths of that working group, but now the opportunity for these conversations seems multiplied exponentially via digital tools. Or, at least, the opportunities for building similar working groups and reaping similar rewards seem more readily available. It was so much easier (somewhat) to gather as a crowd of grad students on the same campus. Now, with old intellectual comrades scattered far and wide, and the schedule more packed than ever, the spatial connection and temporal nonlinearity of the blog is very, very helpful.

Which, in turn, brings me from flashbacks to past connections all the way to consideration of current-day webs of communication. I’ll save that for a second post, coming soon. [4. Image: “At a kitchen table, Charlie Wells and Mary Ann listen with delight to one of Mickey Spillane’s stories.” Life, May 1952. Photographer: Peter Stackpole]

Playing with Ideas for DoOO Project

I’m hopping back to the blog (for the first time in a good while) as I join colleagues in the Domain of One’s Own project at UMW, working together with our Division of Teaching and Learning Technologies (DTLT) and Center for Teaching Excellence and Innovation (CTE). The framework and goals of the project are timely:

This initiative is designed explicitly to provide resources and support for all UMW faculty to develop their own domain through an Open Call application. To incentivize this process, DTLT and CTE & I have partnered to provide faculty with their own domain, web hosting, and a stipend (not to mention bi-weekly support) to develop/refine a professional online presence ranging anywhere from an online CV/E-portfolio to a developmental space to explore digital pedagogy and scholarship, to an alternative class space online.

With some great conversation started in meetings this past week or two (many thanks to Jim Groom for getting the ball rolling in our Wednesday group discussions), I’m also thinking more about revising the frame/s of my own online presence. One initial concern may be better integration of the collection of relatively far-flung web spaces that I’ve accumulated the past few years. Here’s a quick run-down of my sites:

My first iteration of this (2008 or so) had combined the calling card with a blog format, but after realizing I wasn’t going to be able to keep up with the blog then, I converted it to its current form, more of a simple, online business card, shown in the second image below.

The original frame (ca. 2008, under construction): (Okay, this image is squeezed, but you get the idea. Click image to view original.)

And my current professional page below: 2. Tumblr…  The professional calling card site above is just a starting place though. In addition to that frame, and the more informal blog on which I’m now writing, I’ve also recently set up a tumblr site for sharing news and resources related to my field of specialty, East Asia.

That site is called “gulou” – Chinese for “Drum Tower” (鼓楼). I was inspired to set it up after thinking about all the valuable EA-related links and resources that colleagues and I have been sharing casually over email, almost as a second thought or light distraction amid otherwise busy days, these past few years. Sharing those with others who might be interested seemed like a good idea, especially as I was starting to find myself forwarding emails here and there, or digging for old ones in the messy backlog of correspondence that is my email account. Now I can share links relevant to curriculum with my students, other educators (both university and K-12), and beyond. I’ve also got them tagged and archived (though the dynamics of both are worth further consideration, which I’ll save for a later time.)

I’m also finding Tumblr to be a very convenient, quick frame for posting and am keeping an eye out for ways to do more with it. One sign of how easy it is: since last October, I’ve done 216 posts on Tumblr compared to exactly zero posts on this blog. But that’s probably a topic for another (yes, really) blog post of its own.

And then there’s a mob of other sites I’m utilizing for teaching (links here), my official faculty page at the department (with an image that actually resembles the one on my drivers license, alas), and other  pedagogical projects sitting in digital dry-dock.

So one of my main ambitions for this semester’s Domain of One’s Own Faculty Initiative is to think about better ways of integrating these sites–and to what extent I might want to. I’m also looking forward to exploring new tools, digging in under the hood with my own domain, and especially joining in on a conversation with others who are exploring similar projects of their own.